Airstream unveils a camper van that you can take off-road 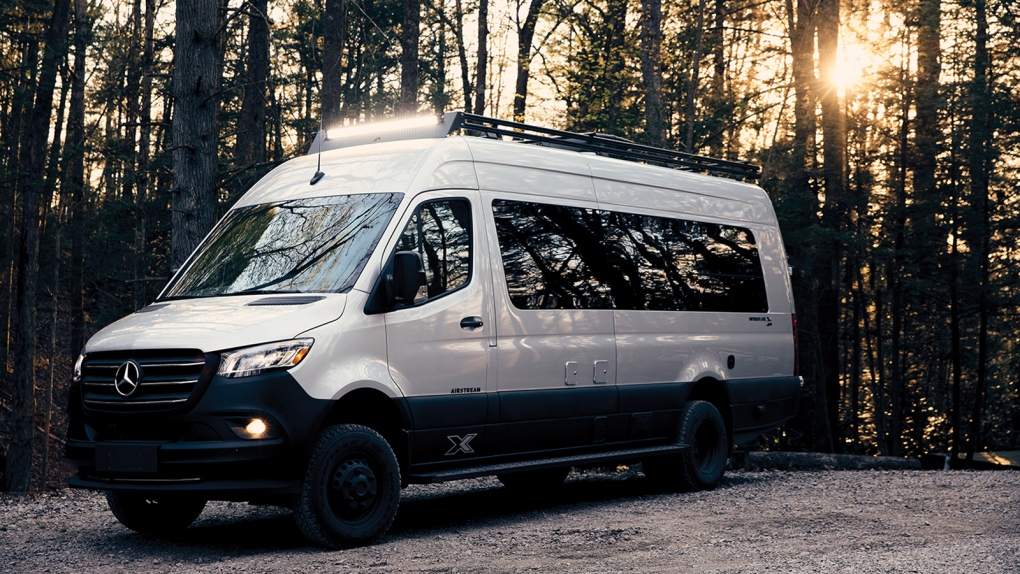 Airstream has long been famous for its classic shiny camper trailers that can be parked along the smooth dirt driving paths of campsites that have hook-ups for electricity and plumbing. But now it has come out with its four-wheel-drive off-road camper van for those who want to get even further off the beaten path.

With the Interstate 24X, Airstream is venturing into territory that was, up to now, mostly occupied by start-ups that specialize in making campers for overlanding and boondocking. This means real wilderness camping, which has gained in popularity during the Covid pandemic.

With a starting price of about $214,000, the Interstate 24X has knobby off-road tires and all-wheel-drive, allowing it to crawl along muddy rutted trails with less chance of getting stuck. Its sheer size -- as the name implies, it's 24 feet long -- could prevent it from getting too deep into the woods, but it's designed to venture further into the forests or deserts than Airstream's other camper vans.

Airstream has recently started offering off-road capable trailers, like the Basecamp 20X and 16X, but those are designed to be towed behind other vehicles. There are other Airstream camper vans, like the Interstate 24GT and 24GL, but the Interstate 24X is Airstream's first to offer four-wheel-drive.

Like the other Airstream Interstate models, the 24X is based on a diesel-powered Mercedes-Benz Sprinter van. It has comfortable bed space for two adults -- four people could fit in a pinch -- and seats as many as six.

In designing the interior, a lot of attention was paid to storage, according to Airstream. A track-like storage system along the walls, ceiling and floor allows for hanging and securing gear with straps.

The on-board bathroom also "features amenities that surpass the minimalist setup you find in most adventure vans on the market," according to Airstream. For instance, it has heated floor, a clothesline, and vanity mirror. The van also has a small kitchen with a two-burner cooktop and a microwave oven.

For remote work, the van is equipped with a 5G-ready cellular antenna. There are four mounts for removable tables. One mount allows a table to be used as a standing desk outside.

For driving into unlit off-road areas, the van sports a 3.5-foot light bar above the windshield. There are also other lights around the outside of the van for use at the campsite.

Camping became more popular during the pandemic, resulting in an increase in RV sales which had previously been declining. Airstream's parent company, Thor Industries, which also owns Jayco, Keystone, Heartland and other RV companies, said it has a $14.3 billion backlog of orders. That's about a year's worth of production for Thor's companies, an Airstream spokesman said. Airstream said its first Interstate 24X van orders should be completed by this fall, though.