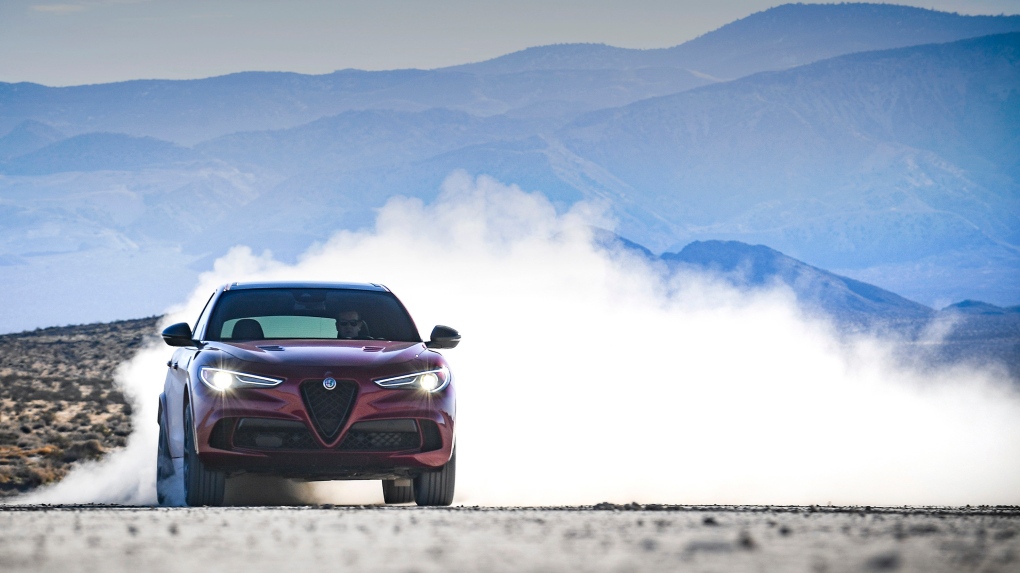 Small luxury SUVs have traditionally offered an appealing mix of practicality, refinement and upscale features. Now they're also offering something else: high performance.

Many luxury automakers have recently introduced new performance-focused versions of their small SUVs that can rival top-end sport sedans for power and thrills.

Edmunds' experts tested the recent crop of luxury SUVs to find five examples that best mix everyday usability and performance. They also factored in value in the name of getting the most SUV for your money. All prices below include the destination charge.

The Alfa Romeo Stelvio is one SUV that's big on personality. The Stelvio is defined by lively handling and arresting looks, but it also provides a comfortable ride. A 280-horsepower four-cylinder engine is standard, but you can also go for the top performance version called the Stelvio Quadrifoglio. It features a Ferrari-developed turbocharged V6 engine that cranks out 505 horsepower.

There are some drawbacks to the Stelvio. There is not much cargo space, and despite recent updates to the infotainment system, it has more tech glitches than a luxury vehicle should. Still, the Stelvio is an SUV with soul in abundance. Starting manufacturer's suggested retail price: $42,695.

Maybe you're looking for something a little more buttoned-up. If so, the Audi Q5 is a great option. We're especially fond of its high-quality interior and standard all-wheel drive. For 2021, the Q5 has a base four-cylinder engine that makes 261 horsepower. The top performance model is the SQ5, which uses a 349-horsepower V6. This isn't as much power as the other SUVs listed here, but it's still plenty for most drivers.

Audi has also updated the Q5's styling for 2021, and the new look certainly injects the Q5 with more flair. But at its heart, this remains a luxury SUV that puts practicality ahead of flash. If excellent ergonomics and road manners top your list, the Q5 certainly deserves consideration. Starting price: $44,295 (Edmunds estimate)

BMW's X3 checks all the boxes you'd expect from a BMW, from thoughtful interior design to sharp handling that delivers an enhanced sense of control behind the wheel. A 248-horsepower four-cylinder and a 382-horsepower six-cylinder serve as the X3's main engine options, but there's also an all-new 2020 X3 M. This top-of-the-line performance model pumps out up to 503 horsepower from its turbocharged six-cylinder engine and is predictably riotous on back roads.

You'll find the X3 enjoyable to drive even if you stick with a more mild-mannered version. The X3 can also haul an impressive amount of stuff thanks to generous cargo space and rear seats that fold down completely flat. You get a lot of technology with the X3, though its infotainment system and some of the advanced safety features are a little disappointing in their operation. Starting MSRP: $42,945.

From the moment you look at it, the Mercedes-Benz GLC exudes elegance. It has striking exterior design and a refined interior, and it expertly balances comfort and performance on the road. A 255-horsepower four-cylinder and a 385-horsepower six-cylinder engine are on tap, or you can go for the AMG GLC 63, which puts a 469-horsepower turbocharged V8 at your disposal.

The GLC's infotainment system, which is easy to use and feature-packed, complements the high-quality interior. We also like the GLC's roomy rear seating and smartly shaped cargo area. Mercedes offers a wealth of upgrades and options, so beware the final price tag. Starting MSRP: $43,495.

The newest vehicle from Tesla, the Model Y, is a fully electric SUV packed with star power and clever features. Audi and Jaguar currently offer impressive electric SUVs of their own, and other automakers are close behind. What sets the Model Y apart are performance, value and access to Tesla's vast network of proprietary Supercharger stations.

The Model Y comes in two versions: the Long Range and the Performance. You get 316 miles of range from the Long Range on a full battery. The Performance has nearly the same range but quickens the SUV's pace considerably. In Edmunds' testing, it blasted from 0 to 60 mph in 3.7 seconds, which is equivalent to the acceleration of the BMW X3 M and the Mercedes-AMG GLC 63. In any variation, the Model Y is a game-changer. Starting MSRP: $51,990.

EDMUNDS SAYS: Just about any luxury SUV offers an appealing mix of practicality and style. But only a handful of these models are also enjoyable to drive whether you're driving a base or a high-performance version.

This story was provided to The Associated Press by the automotive website Edmunds. Ryan ZumMallen is a staff writer at Edmunds.