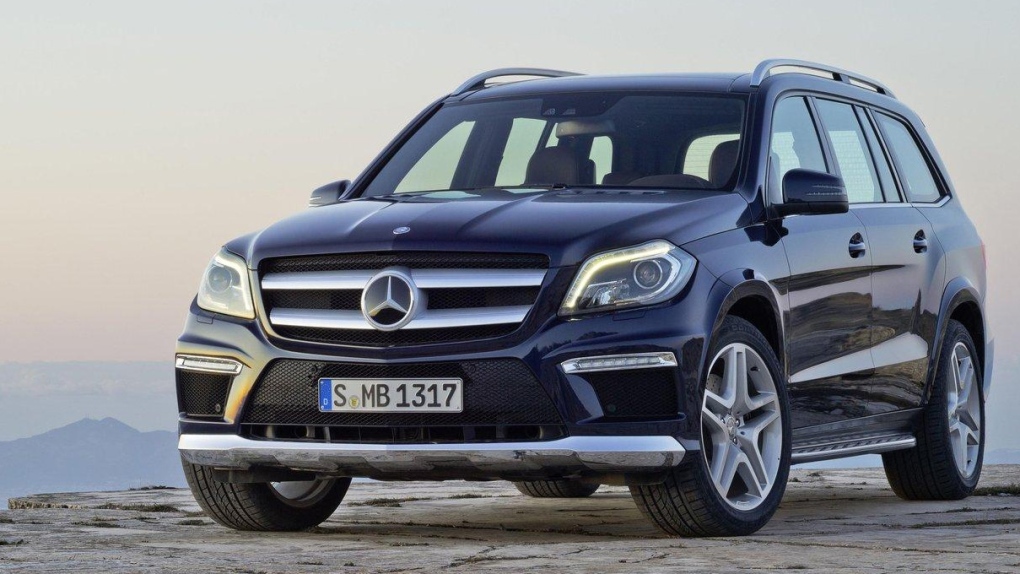 The 2013 Mercedes-Benz GL has enough tech toys to disguise the fact you're driving around in a heavy 5,500 lb SUV.

Possibly Detroit’s best money-making idea ever was bolting a car body onto a crude pickup truck frame, engine and all wheel drive system (AWD),  jacking up the price way up and calling it a Sport Utility vehicle.

Advertised as the glorious passport to the wide open spaces of "off-road" adventure, vehicles like the Ford Explorer made billions for manufacturers as millions of people forked over extra dough to drive around in something large, heavy, uncomfortable but apparently with the capacity to go anywhere.

The height of the SUV craze has passed and the sweet spot in the market today is "crossovers" which are smaller, car based utility vehicles with or without AWD. Yet there is still a small but highly profitable market for the biggest, baddest, pick-up truck derived SUVs you can imagine.

Numerous 7-foot NBA stars and Toronto’s 5-foot-10, 330 pound mayor drive new Cadillac Escalades. There’s money to be made in this segment and German, Japanese and North American manufacturers all offer “luxury, full-size SUVs" that can run you a hundred thousand dollars a copy.

Mercedes-Benz has been particularly successful in this rarefied market. Their entry is the GL which is built in Tuscaloosa, Alabama and sold all over the world in small but lucrative quantities. It competes with stuff like the Escalade, Audi Q7, Infiniti QX56, Lincoln Navigator, Lexus LX and outsells all of them.

Rather than give up the opportunity to sell a mere 50,000 such vehicles a year world-wide Mercedes has invested in a brand new GL for 2013, which uses technology to disguise the fact you’re driving around in something the size and weight of a shipping container.

Although it weighs in at around 5,500 pounds (2500kg), the new GL has computer assisted traction, stability, steering and ride control to make you feel you’re in a nimble, lighter vehicle. The stability and the silence of the vehicle at left lane highway speed is eerie. It feels like you’re riding in the first class carriage of a European high speed train.

The safety features, beyond the mere size and weight to crush most things in your path, are remarkable. The only one missing is a rear collision avoidance system which only Infiniti offers at the moment. Most of the high end stuff has adaptive cruise control and the Mercedes system is excellent. If you get too comfortable in that big leather seat behind the wheel the system will hit the brakes for you before you plough into the car ahead.

There are a few engine choices (including small, medium and monster V8’s) but the best one is the GL350 BlueTech, a 3.5 liter turbo diesel V6 producing 240 hp. It has lots of power, seems as smooth as a turbine at speed and will reduce your fueling costs noticeably – although the one per- centers who drive these vehicles likely don’t worry much about fuel costs.

For a vehicle this size with three rows of seats and all the indoor entertainment, communication and comfort equipment imaginable, the GL actually feels like a driver’s car. I even did a little off-roading in one. You can pay thousands more and add an off-road package which gives you a more adjustable suspension and so forth, but my standard version handled some wild conditions easily.

It will have no problem going up a snowy cottage driveway or mushing through a slushy Starbucks parking lot. Merc says this big box on wheels has the comfort, silence and driving manners of their big S-Class flagship limo-like sedan. I can’t disagree. The engineers have found the means to overcome the form with function.

Compared with the monster SUVs of yore, the GL is one sophisticated package. It ought to be because after you load it up with a few expensive options and pay all the taxes you’re likely hitting six figures.

But hey, you probably "work" on Wall Street (or Bay Street) and you’re not planning to “occupy” it.

So flaunt it. Enjoy it. You’ve finally made it past the modified pickup truck stage of your life.