Arsenic in apple juice? Dr. Oz and FDA square off 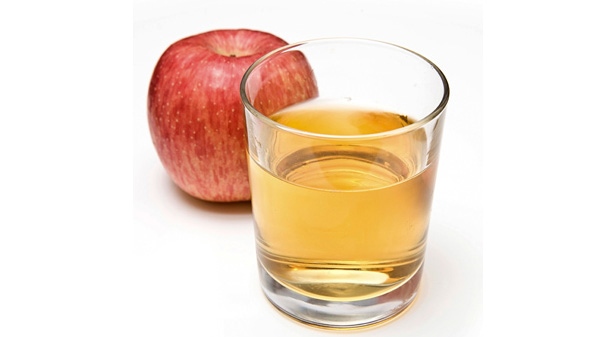 The FDA has launched a counter-attack and says arsenic is present in the environment and many foods. (U.S. Food and Drug Administration)

Television medical expert, Dr. Mehmet Oz, is embroiled in a sticky dispute with the U.S. Food and Drug Administration about arsenic and whether dangerous levels of the toxin can be found in some popular brands of apple juice.

"The Dr. Oz Show" is planning to air a segment Wednesday about arsenic in apple juice that promises to leave parents stunned, calling it "the most shocking investigation in Dr. Oz show history."

The show says it commissioned testing on five popular brands of apple juice and found "significant levels" of arsenic in several brands.

Dr. Oz, a two-time Emmy Award winner says even he was shocked by the results.

"As a doctor and a parent, it's concerning to me that there could be toxins such as arsenic in juice we are giving to our kids," he said in a news release promoting the episode, which airs in Canada on CTV.

The FDA has already launched a counter-attack before the episode airs. In a statement issued Tuesday afternoon, the FDA essentially says that yes, there is some arsenic in apple juice, but most of it occurs naturally and the amounts are perfectly safe.

The FDA notes that arsenic is present in the environment and many foods, both as a naturally occurring substance and from pollution. It notes there are two kinds: organic arsenic and inorganic. The organic form is essentially harmless, it says.

While inorganic arsenic can be harmful at high and long-term levels of exposure, the FDA says it's been testing fruit juices for years and "there is no evidence of any public health risk from drinking the juices."

But "The Dr. Oz Show" show says in the 33 samples of five brands of apple juice it tested, some showed arsenic levels that exceed the federal level set by the U.S. Environmental Protection Agency for drinking water. It says 10 samples exceeded the limit of 10 parts per billion set by the EPA for drinking water.

It also says one sample exceeded the "level of concern" set by the FDA for fruit juice, which is set somewhat higher, at 23 ppb.

The FDA counters that testing for overall arsenic is a poor testing method because it cannot distinguish between organic and inorganic arsenic.

In a letter sent to the show last week, the FDA explained that its own tests go one step further.

"The FDA typically tests juice samples for total arsenic first, because this test is rapid, accurate and cost effective. When total arsenic testing shows that a fruit juice sample has total arsenic in an amount greater than 23 parts per billion (ppb), we re-test the sample for its inorganic arsenic content," the agency says in its letters to the show's producers.

"The vast majority of samples we have tested for total arsenic have less than 23 ppb. We consider the test results for inorganic arsenic on a case-by-case basis and take regulatory action as appropriate."

The FDA goes on to say that it believes that it would be "irresponsible and misleading" for "The Dr. Oz Show" to suggest that apple juice contains unsafe amounts of arsenic based solely on tests for total arsenic.

The agency has posted its letters to the show on its website, as well as fact sheets about the safety of apple juice both on its website and its Facebook page.

Low levels of arsenic may be found in a wide variety of foods and generally reflect normal accumulation from the environment.

The Juice Products Association, which represents the juice products industry in the U.S., says the "Dr. Oz Show" could "needlessly cause concern among consumers."

The group's toxicologist Gail Charnley notes the Dr. Oz testers did not use the FDA's approved test method for fruit juices.

"Not only are the results based upon the wrong test method, to compare the trace levels of arsenic in apple juice to the regulatory guidelines for drinking water is not appropriate. Regulatory agencies have set lower thresholds for drinking water than for food and other beverages because people consume larger amounts of water. Dr. Oz is not comparing apples to apples," she said in a statement.