Thrill-seekers wanted: A look at 10 of Canada's best amusement parks 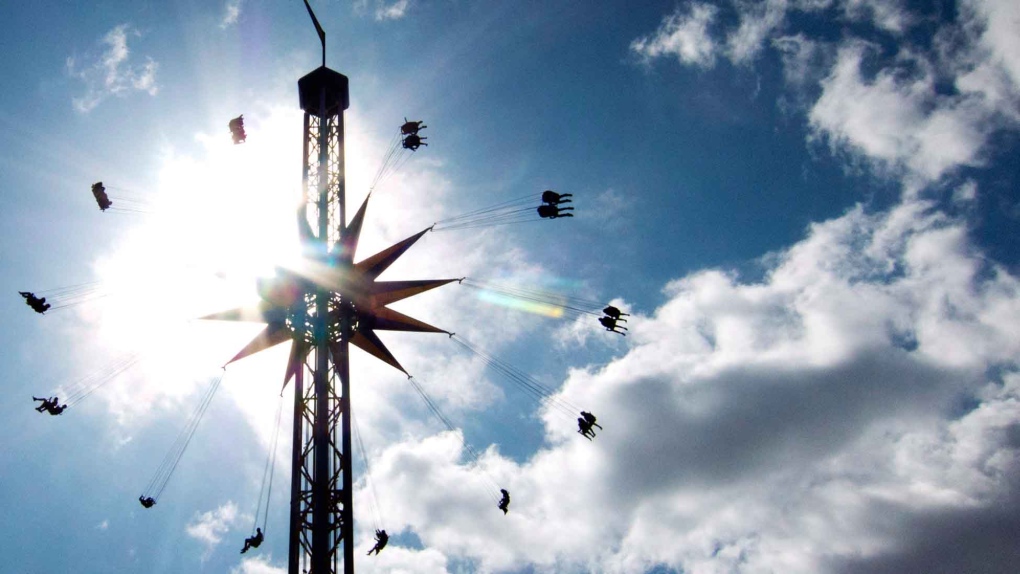 Playland in Vancouver, B.C. is one of the many amusement parks where Canadians can get a thrill this summer. (Jonathan Hayward / THE CANADIAN PRESS)

Canadians looking for an adventure-packed summer need look no further than their own backyard.

From coast-to-coast, there are plenty of options for anyone looking to get outside and have some fun. But one of the more excitement-filled destinations is the amusement park.

From the country's tallest and fastest roller-coaster to indoor loop-de-loops, Canada's amusement parks offer excitement for anyone seeking an adrenaline boost. 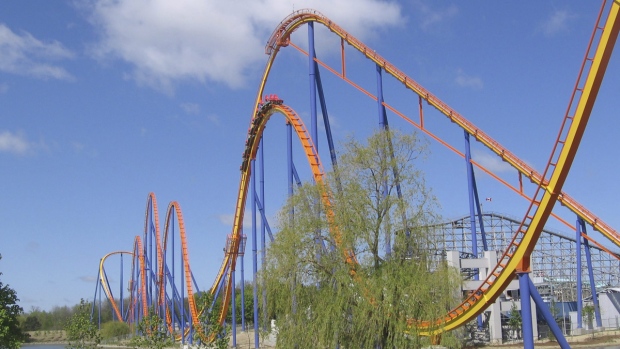 Stretching over an impressive 330 acres, Canada’s Wonderland is the country’s largest theme park and one of the most-visited seasonal parks in North America. It is home to more than 200 attractions, including 69 rides and a 20-acre waterpark, Splash Works. The most feared of Wonderland’s 15 roller-coasters is likely Leviathan, which is both the tallest (306 feet) and fastest (148 km/h) coaster in Canada. While the much-loved stand-up coaster SkyRider shut down at the end of August last year, the park is introducing a new ride this year: SlingShot -- a two-person capsule that thrusts riders up to 90 metres high before reaching a moment of "weightlessness" prior to descent. There are also two new additions to Splash Works: Typhoon, a new slide with "oscillating funnels and hairpin turns" and Splash Station, an interactive children’s play area.

If you go: Check out the special events section of Canada’s Wonderland’s website to see what’s happening beyond the rides. This year, the park is hosting a lumberjack show each day from June 27 to July 12. The park is located north of Toronto, just off Highway 400, and is open daily until Sept. 7. 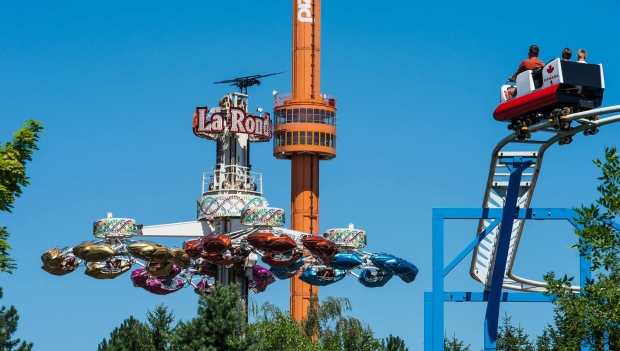 Operating a stone’s throw away from Montreal’s picturesque Old Port, La Ronde sits on 146 acres of land on Saint Helen’s Island in the St. Lawrence River. The amusement park boasts a total of 40 rides, including 10 roller-coasters, such as the popular Le Monstre, the tallest two-track wooden coaster in the world. La Ronde was inaugurated during Expo 67 and was owned by the City of Montreal until 2001, when it was bought by amusement-park giant Six Flags. It remains the only Canadian property in Six Flags’ portfolio. A new attraction for the 2015 season is Maison Rouge, a haunted house billed as "a labyrinth of terror." For those who like to keep both feet on the ground, La Ronde is also home to the oldest wooden carousel in the world, the Galopant, sculpted in 1885. While the park opens in late May and operates until early November, the best time to go is likely July, when La Ronde plays host to the International Fireworks Festival. A number of competing countries set off stunning displays set to music, with as many as 6,000 fireworks going off in a single night.

If you go: Make sure to check La Ronde’s website before planning your visit; they offer discounts and basic information, like hours of operation. The amusement park’s hours vary slightly depending on the day and month, but the park is usually open from 11 a.m. to 8 p.m. 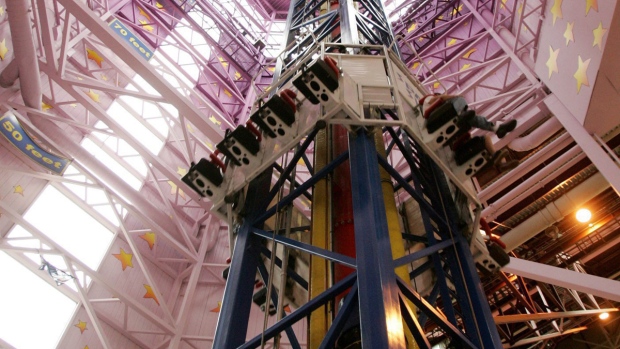 Galaxyland lies at the heart of the West Edmonton Mall, Canada's largest mall measuring 5.3 million square feet. Galaxyland is the world’s second-largest indoor amusement park (after Abu Dhabi's Ferrari World) and holds 24 rides and attractions. The main draw is likely the Mindbender, the world’s largest indoor, triple loop roller-coaster running more than 1,200 metres in length -- the equivalent of 48 blue whales lying end to end. Phase 1 of the mall opened in 1981, with Galaxyland being added in September 1983. This year, Galaxyland offers a new "7-D experience" for visitors called Galaxy Quest. The ride combines the thrill of a roller-coaster with a laser-shooting gallery held in a digital theatre, where riders can compete for the highest score. If you don’t have a chance to visit this summer, come back any time of the year. The mall and Galaxyland are open every day, all year long.

If you go: There is plenty to do at West Edmonton Mall besides Galaxyland. Visitors can shop at more than 800 stores, go skating on the indoor skating rink or head over to the World Waterpark. Hours of operation for Galaxyland change frequently, so check the website’s calendar to make sure the park will be open. 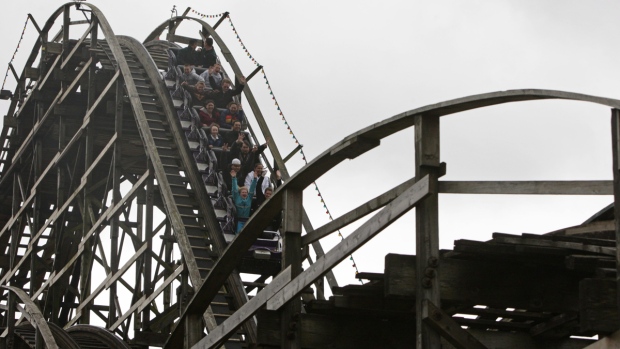 Located on the grounds of the Pacific National Exhibition just east of downtown Vancouver, the nine-acre Playland Amusement Park is Canada’s oldest. Playland is usually filled to capacity during the PNE -- an annual fair that runs over the last week of August and first week of September -- so visiting earlier in the season may mean shorter lineups for the park’s 19 rides. The park’s traditional Wooden Roller-Coaster -- built "board by board" in 1958 -- is a draw for many. This year, the park also opens up The Beast, where riders are swung almost 40 metres in the air at 90 km/h. Others prefer the Corkscrew coaster, a steel coaster that’s been featured in "Final Destination 3" and "Diary of a Wimpy Kid: Dog Days," as well as television’s "Smallville." Playland is also home to an arcade, a haunted house and more than 20 midway games.

If you go: Playland opens at 10 a.m. daily until Sept. 7, but closing times vary so check the website before planning your visit. 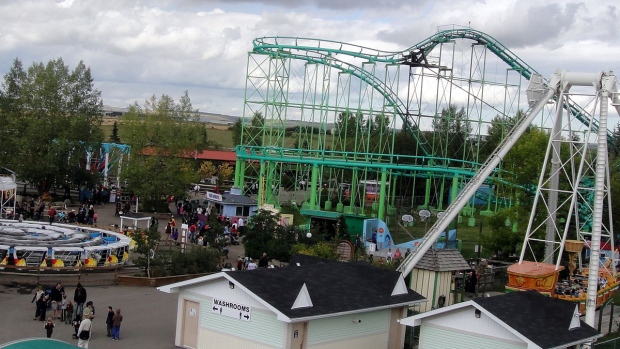 Nestled in the shadow of the Rocky Mountains, Calaway Park is located just west of Calgary on 160 acres of farmland. Popular for families with young children, the park is Western Canada’s largest outdoor amusement park. In addition to 32 rides, the park boasts mini-golf, a midway, regular stage shows and a 3-D cinema. Calaway Park has also opened a new attraction this year: Timber Falls, a four-minute-long log ride. For those looking to maximize their time, there’s also a campground and RV park. Families are also welcome to pack a picnic when they spend the day.

If you go: The park is open daily from 10 a.m. until 7 p.m. until the end of August. Visitors can also use the online calendar to find out what live entertainment will be featured during their stay. 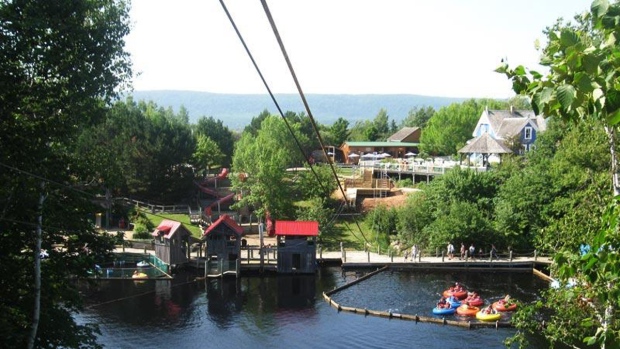 Upper Clements Amusement Park sits on the shores of the Annapolis Basin, just two hours from Halifax. It has 30 rides and attractions that span over 75 acres, including the Tree Topper roller-coaster, which is the only wooden roller-coaster in Atlantic Canada. The park was opened by the province in 1989 as a family-oriented park, and has become a major employer in the region. Since2007, it’s been owned by the non-profit organization Upper Clements Parks Society. Visitors can try out Atlantic Canada’s only log ride, a much-loved, water-based roller-coaster. The Tree Topper Adventure Park also provides a chance to unleash the inner explorer to climb across obstacles like a monkey bridge, cargo net and 14 zip lines.

If you go: Also be sure to check out the rest of the Annapolis area and try some of Atlantic Canada’s well-known attractions. Visitors can go whale-watching off the coast, go camping on the beach or visit local army forts that boast Canada’s naval history. The park opens in June and closes at the end of August, operating from 10 a.m. to 5 p.m. daily. 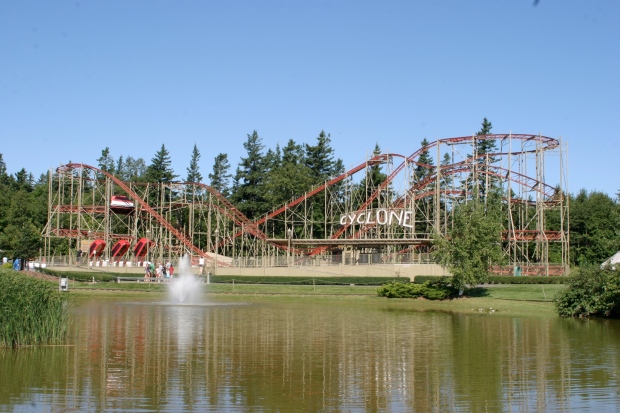 Located on the northern shore of Prince Edward Island, Sandspit Cavendish Beach is the province’s largest amusement park. The park offers a wide variety of rides and attractions, from its 20-metre ferris wheel where visitors can admire the local beaches, to Atlantic Canada’s largest roller-coaster, the Cyclone. The family can also enjoy amusement park favourites such as bumper boats and cars, mini-golf and go karts. Visitors can buy a ride-all-daypass, or if you only want to check out a few rides, you can opt for pay-as-you-go coupons -- a good option for tourists planning on also visiting the famed Green Gables next door. Visitors are permitted to bring their own food, and even rent a barbecue.

If you go: Sandspit is a free entry park, so if you plan on skipping the rides, you won't need to budget for an entry fee. The park’s opening date corresponds with the end of the school year, so aim to visit after June 17, between 9 a.m. to 3 p.m. After June 26, the park’s hours extend to 10 or 11 p.m. until the beginning of September. 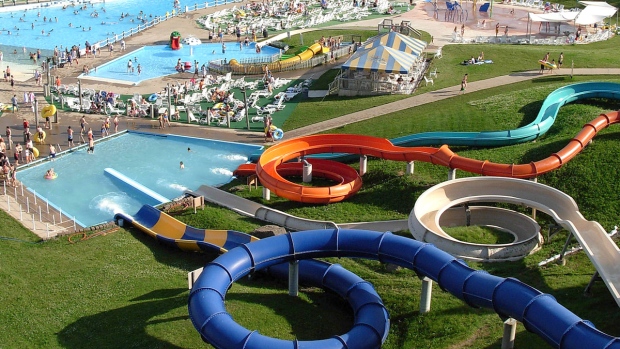 Sitting just outside the city of Moncton, Magic Mountain is Atlantic Canada’s largest waterpark. The park is full of family fun, offering body slides such as the Kamikaze, where riders shoot down at speeds reaching 60 km/h. This year will also feature the addition of the ProRacer, where two slides offer visitors a chance to race a friend as they plunge down at the same time. For families with young children, or who want a more relaxing time, visitors can lounge in the lazy river, wade in the wave pool or try out the splash pad. The park also has mini-golf and an arcade when it’s time to dry off.

If you go: Magic Mountain opens once school ends, with limited openings available starting June 15. From June 19, the park opens from 10 a.m. to 6 or 7 p.m. until the beginning of September. 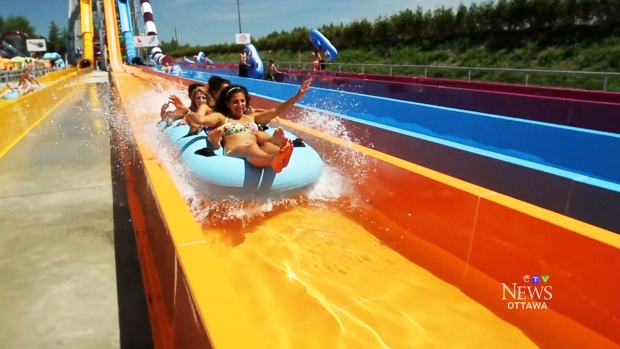 Just 20 minutes from Canada’s capital and about an hour from Montreal, Calypso Theme Waterpark is the largest waterpark in Canada. The 100-acre park is relatively new, opening in 2010, and offers more thana dozen attractions, including Canada’s largest wave pool, high-speed water slides and a white-water rafting experience. The park offers attractions to its oldest and youngest visitors, with VIP cabanas and a Hawaiian beach bar if lounging is on your radar, and a kid zone for toddlers to splash around. 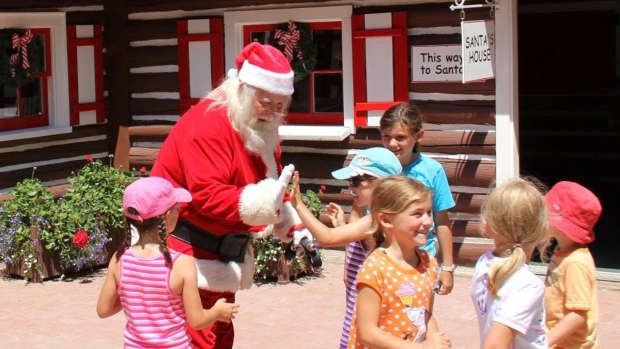 Nestled in the backwoods of Ontario’s beautiful Muskoka region, Santa’s Village sits at the halfway point between the equator and the North Pole at the 45th parallel. The 60-acre attraction started in 1955 with local citizens boasting that it is the summer home of Santa. Visitors can tour the big guy's getaway by miniature train, or on the Muskoka River on Santa’s Summer Sleigh Jet Boat. The park also offers roller-coasters, a ferris wheel and the new Elf Sky Challenge, where children can see what it takes to be an elf. The park has live entertainment throughout the summer, and children can even have breakfast with Santa Claus himself.  There is also a camping ground next to Santa’s Village for families hopingto spend some time visiting the village.

If you go: Opening day for Santa’s Village is June 13, which will operate until Thanksgiving weekend. Hours vary, however, so make sure to check out the attraction’s website before planning your visit.