From the moment the Duke and Duchess of Cambridge emerged from their motorcade on Rideau Street in Ottawa on July 1, 2011, the crowd hardly stopped cheering.

It was just a few months on from their lavish wedding in April, and events in Ottawa, including laying a wreath at the Tomb of the Unknown Soldier, marked their first public appearances since tying the knot. 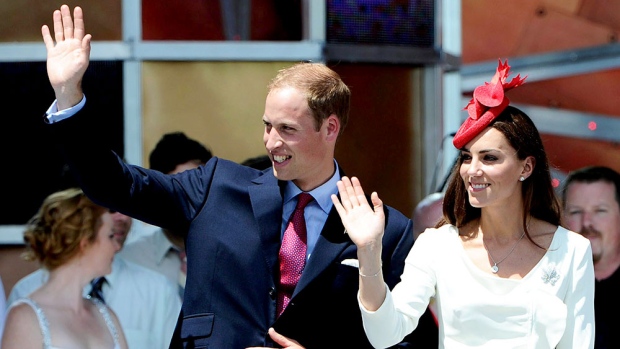 The Duke and the Duchess of Cambridge wave to cheering crowds as they take part in Canada Day festivities on Parliament Hill in Ottawa on Friday, July 1, 2011.

William wore a navy suit with a red tie, and Kate evoked Canada in a white dress with a maple leaf brooch, a red fascinator decorated with a fabric maple leaf and red shoes.

In a speech, the Duke of Cambridge spoke of his love of Canada.

“I am so pleased to be back in Canada, this wonderful country, and to have an opportunity to get to know you better,” he said in French. 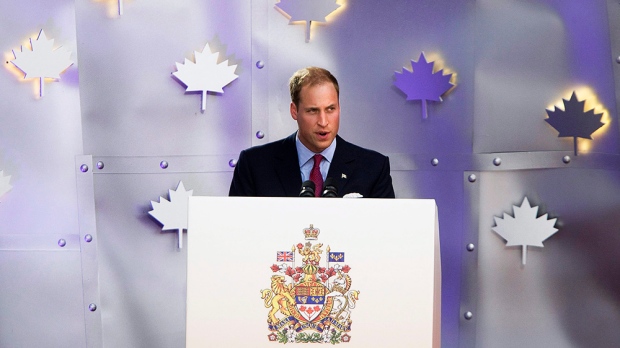 The Duke of Cambridge delivers his speech during Canada Day celebrations on Parliament Hill in Ottawa, Friday July 1, 2011.

He also honoured the men and women of the Canadian Armed Forces.

“From Vimy Ridge and Juno Beach, through Korea and the Balkans, to Kandahar province, the sacrifice of Canadians has been universally revered and respected,” he said to cheers and applause.

After the noon ceremonies on Parliament Hill, William and Kate spent time greeting some of the 300,000 fans who had come to see them.

The couple returned to Parliament Hill later that evening for a concert and fireworks. 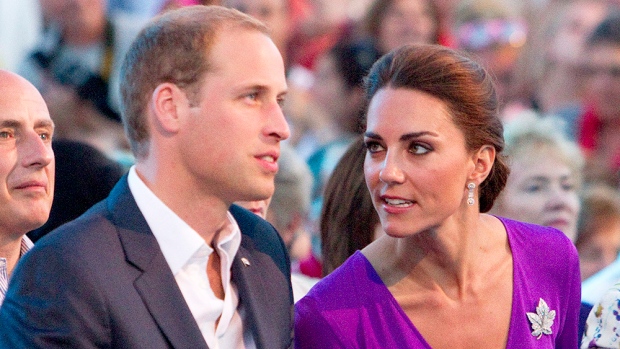 The Duke and Duchess of Cambridge take in the Canada Day evening celebrations and performances in Ottawa, Friday July 1, 2011.

The Duke of Cambridge had only been to Canada twice before this visit. The couple went on to visit Quebec, Prince Edward Island, the Northwest Territories and Alberta during their nine-day visit to Canada.

Canada Day: The prime ministers, the performers, the high-profile visitors