How to calm your fear of flying 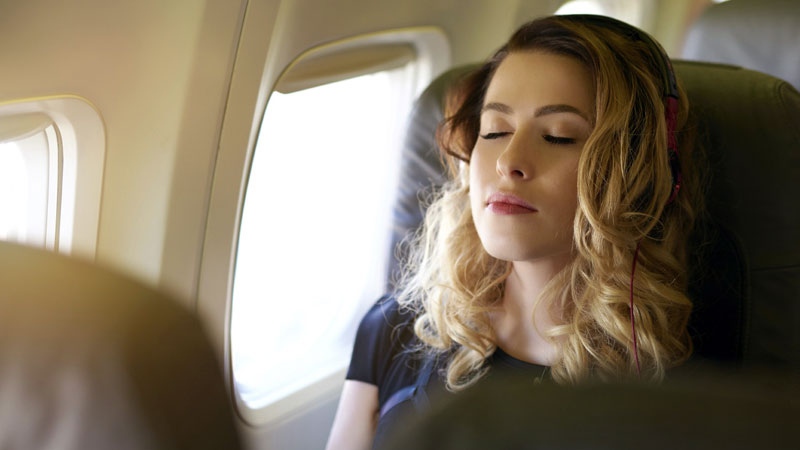 Meditation exercises can help calm your fears during flying (stock_colors/Istock.com)

When you think about it, air travel is crazy. We pay hundreds of dollars to sit in a cramped metal cylinder loaded with jet fuel, soar high into the sky, and then hope that the air traffic controllers, the pilots, and the maintenance crew do their jobs so we can land safely again.

No wonder, then, that as many as a quarter of us feel some degree of unease of flying.

Of course, many of us know that flight fears don’t make a lot of sense. Statistics show air travel to be one of the safest forms of transport out there. In fact, the drive to the airport is probably the most dangerous part of the journey.

And yes, we can be told that accidents are rare and that there was only one major accident around the world for every 3.1 million flights in 2015 -- most of them on small airlines in Africa and Asia. But as Oakville, Ont.-based psychologist Dr. Ian Shulman notes, fears are not always rational.

Shulman offers “Afraid to Fly” courses at his practice, and says people can develop flying fears at any time -- even after being air travellers for years. He says in many cases, fear of flying is less about concerns the plane will crash and more about worries about having a panic attack on a packed flight of strangers.

“Most people I work with have never had a bad incident on a flight, or really anything unusual happen at all. But they become concerned they are going to feel overwhelmed and anxious on board, so they avoid flying,” he said in a phone interview.

Part of what makes flying scary is the idea that we are not in control of our fate while on board a jet.

“Flying commercially requires a lot of trust,” Shulman says. “It relies on a big degree of trust and lot of people struggle with trust.”

So how can you surmount your fears and learn to enjoy flying again? Here are a few ideas:

Many people’s fear of flying comes down to simply not understanding how jets operate. So for the last year, pilot Luigi Salvi has offered a fear of flying course at uFly Simulator in Mississauga, Ont. The course explains to customers every aspect of a flight from what happens during takeoff, to turbulence, to that whirring sounds at the end of the flight that signals the landing gear descending.

“We show them how a flight works in a deep way,” SAlvi says. “And when they go on a real flight, their anxiety is very low because they know what’s happening.”

Salvi says he’s not a psychologist and can’t help with claustrophobia or deep-seated anxieties, but for those whose fear is really a fear of the unknown, his course helps to erase the mystery.

But it appears no airline offer such courses in Canada so you may have to take at least one intercontinental flight to access these courses.

This is an easy way to reduce the number of takeoffs and landings, which tend to be the most stressful time of a flight. One flight also means fewer annoying security checks.

Arrive at the airport early

From remembering to pack everything, to passport worries and the interminable security checks, travelling is almost always stressful. So don’t make it worse by being late. Plan to arrive at your departure gate with plenty of time to unwind, get a snack, and do a relaxation exercise before boarding. And, while you’re at it, departure day might be a good time to go off coffee, since too much caffeine can often agitate you further.

Ask the flight crew for help

Shulman says one of the key steps in dealing with fears is acknowledging them and learning to ask others for support. He recommends discreetly letting the flight crew know you’re feeling nervous and ask them to check on you.

“They are trained on how to deal with flying fears all the time,” he says. “They want people to get off the plane happy, so they are really good at calming people down and helping those who are out of their comfort zones to realize everything is okay.”

Ask your traveling companion for help

Another effective ways to seek calm is through human touch, says Shulman, so ask a travel companion to hold your hand and keep you distracted by talking about easy everyday things while the flight departs.

There are a surprising number of “fear of flying” apps available for digital devices, including ones called SOAR and VALK.

Some apps contain pages explaining turbulence and how jet engines work; others include relaxation exercises. One app even measures G-forces on your flight and compares it to what your aircraft is built to withstand (spoiler: it’s a lot more than any one flight will feel).

Alternately, download a guided meditation app, such as Headspace, to help you relax on board.

If permitted to do so, consider putting on noise-cancelling headphones to and play music you enjoy and drown out flight vibrations and turbulence.

Another great technique that Shulman suggests is to focus on deep breathing during take-off, through sitting yoga poses or mindfulness meditation landing, or turbulence.

Bring along a photo of the destination or person you are planning to see on arrival, to remind yourself why you’re on this flight, and fcus on the image while practising a meditation exercise.

Better to learn techniques for soothing yourself through self-talk and meditation, he says.

Consider a few sessions with a therapist

If your fear of flying is causing significant hardship or preventing you from taking trips you’d enjoy, it may be worth a few sessions with a psychotherapist or psychologist. These professionals who can help you recognize your patterns of unhelpful thinking and teach you tricks and techniques for managing and mitigating those fears. And many benefit plans will cover at least part of the costs of these sessions.