Highway hunting: Canadian photographer finds beauty in freeways from above 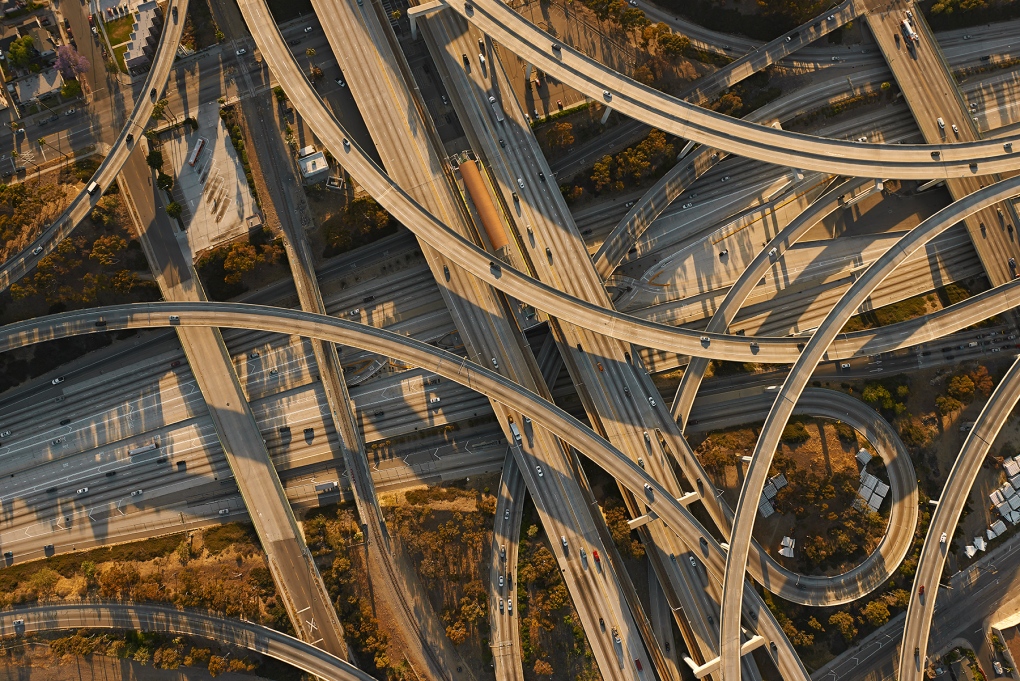 He flew above the sprawling interchange where two busy highways, the 407 and the 400, meet and merge northwest of downtown Toronto.

With only a few minutes to get the right shot, and with no control over what was happening on the ground, Lusztyk could only click away and hope for the best. And while he had a vague idea of what the photos would look like, he was pleasantly surprised with the final result. 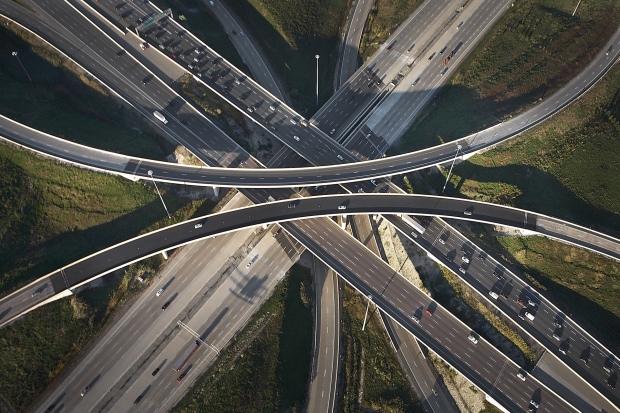 "It was a really positive experience for me, and it's what compelled me to keep shooting."

It takes planning, precise timing and some steely nerves, but since that day in 2008 the Toronto-based photographer has been on a mission to photograph the freeways of the world. His highway series features photos of major roadways and interstates across North America that he shoots from small planes and helicopters.

Lusztyk, who works as a professional photographer and photography instructor at Sheridan College, aims to turn mundane, everyday structures into art.

In addition to the highways, he has also produced a gun series, featuring a collection of black and white photos of classic guns shot head on.

His highway series offers viewers aerial perspectives of the expansive pieces of infrastructure that have come to dominate our urban landscapes. And while the sheer scale of the imposing freeways are impressive enough, it's the small human details Lusztyk hopes viewers take in.

Details like speeding police cruisers, parked school buses and travelling taxis give each photo a specific sense of time and place. Then there are the surrounding environs, which can differ dramatically depending on the location, from wintry Montreal to sun-baked Los Angeles. 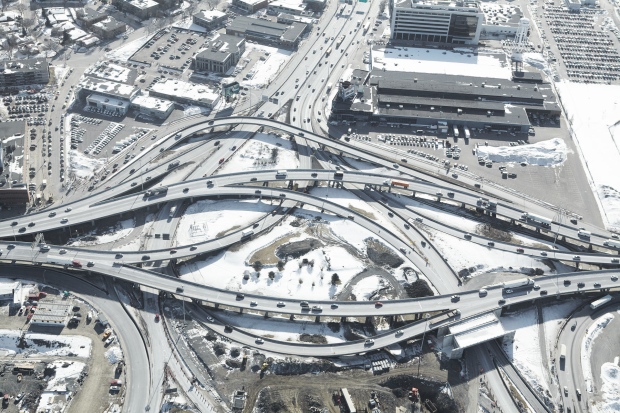 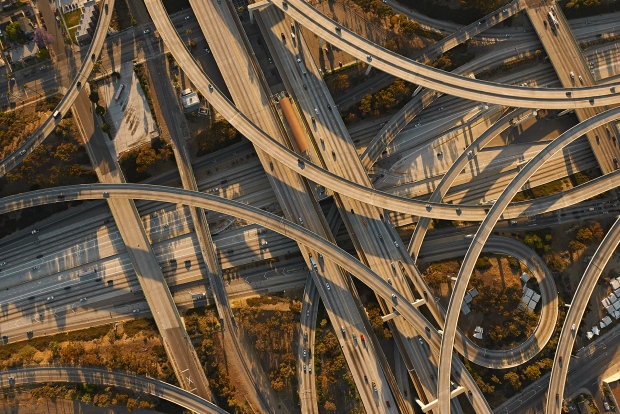 "There's a lot to look at, especially when you blow them up in a large format," Lusztyk told CTVNews.ca.

"You can really stare at them for a long time. You don't get tired of them very quickly, in my opinion."

Shooting freeways has brought Lusztyk to different cities over the years, including Montreal, Los Angeles, Phoenix and Detroit. 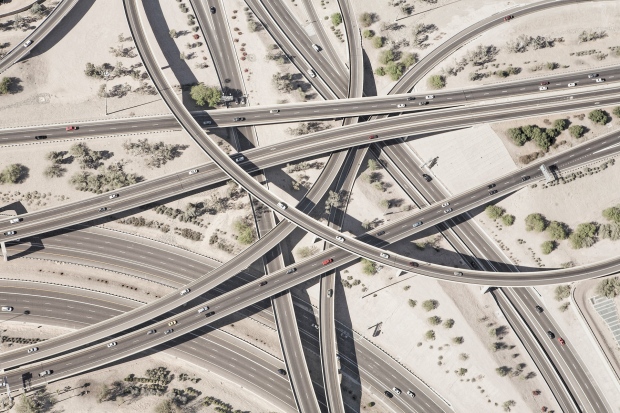 In order to get the best shot, the 32-year-old artist researches the locations ahead of time, using online mapping programs to get preliminary views of highways that interest him. Then he hires local pilots to take him high above his location, all while taking into account weather conditions, light and time of day.

It's a complicated and expensive endeavour, but Lusztyk says it's all worth it, especially when he's soaring at 1,500 feet.

"Ultimately, it's really fun to shoot," he said, likening the experience to riding a roller-coaster. "It's dramatic; it's exciting, the doors are taken off the aircraft. I don't want to give the impression that it's dangerous, but it's definitely exhilarating."

Lusztyk aims to shoot 100 highways from around the world, focusing at some point on some of the massive interchanges that have been built in China in recent years.

He hopes to compile them into a book, revealing the stark beauty of the enormous roadways. 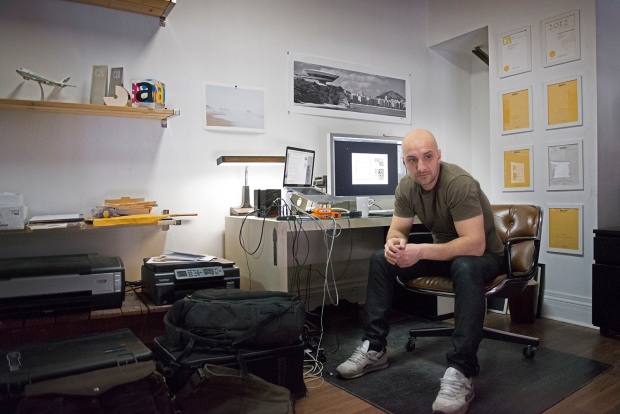 Peter Andrew Lusztyk appears in his Toronto studio on March 27, 2015.

"Sometimes the things that are overlooked are some of the most interesting things to photograph, if you can present them in a way that people haven't seen before," he said.

"There's a lot of beauty in showing people something that at first glance may appear ordinary."

Lusztyk's gun series will be on display at Station 16 Galerie D'Art Urbain in Montreal starting April 30.