Five months away: Why it's okay to end a family adventure early 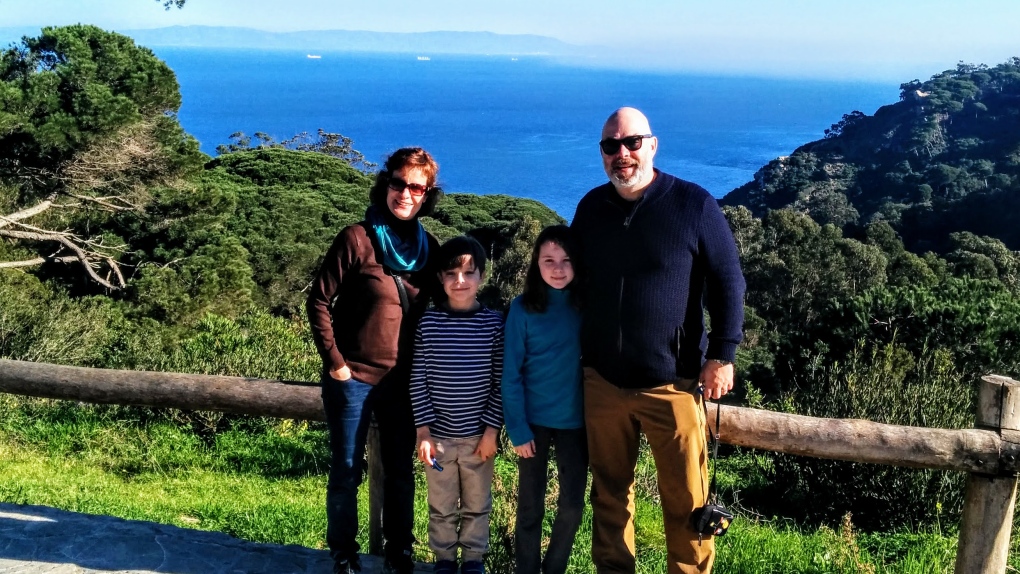 Angela Mulholland is wrapping up her family trip to Europe after five straight months abroad.

After five straight months of travelling with our kids across Europe, I think it’s safe to say we’re done. We’ve had enough. We’ve seen a lot of beautiful sights and I know there are so many more out there to see, but the key to any great adventure is knowing when to wrap it up.

Our plan had always been to travel for six months and I feel a little disappointed we’re stopping at five. But there would have been no prize for making it to the six-month mark (at least I think there wasn’t) and there’s no shame in heading home early.

We know we’ve been lucky to take this trip at all, even if it involved selling our house and putting our lives on hold.

We love our children, really we do. They are smart and funny and they’re useful for carrying stuff. We’re pretty sure they love us too. But no matter how much your family means to you, it’s really, really hard to spend every minute of every day with them. You get on each other’s nerves and I’m here to confess it doesn’t get any easier as the weeks tick on.

There have been some exhausting moments with these kids. Like the time our boy threw his stuffed animal in the air while waiting for the train outside Disneyland Paris and it landed on the tracks and his daddy angrily jumped down to retrieve it only to be greeted by an even angrier French soldier with a very large gun. He yelled in words that Daddy couldn’t interpret but understood just fine. 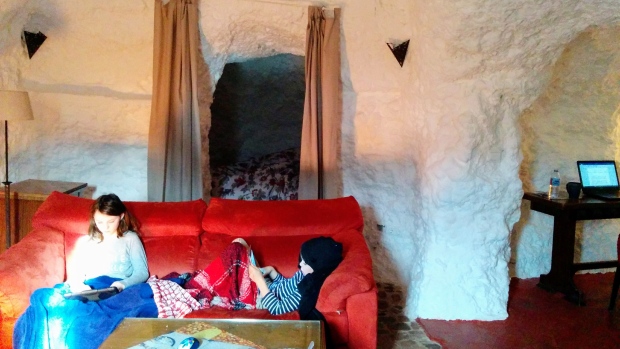 Or the time this same boy lost his e-reader in the back seat of a Spanish taxi, then lost his sister’s e-reader hours later by “hiding” it under a suitcase where it wasn’t found until two weeks later. (The e-reader left in the taxi was retrieved as well after Mommy engaged in some high-level negotiating in some low-level Spanish.)

Or the myriad number of times our two kids descended into fisticuffs while in public -- almost invariably in a fancy restaurant with white tablecloths -- with the short, sharp battles ending in howls and tears and vows of revenge. From us parents, mostly. 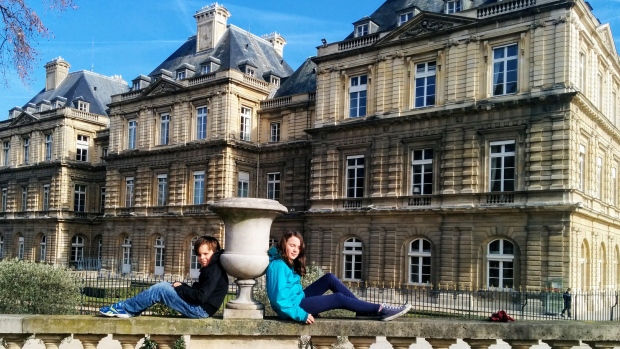 Of course, there have also been plenty of spectacular moments too. Like hiking the cliffs of Ireland and the moors of England, and seeing the boiling hot geysers of Iceland. The kids have touched fish in the Mediterranean, ridden camels in Morocco and ponies in Paris, and stayed in a cave home dug into a cliff. They’ve climbed up castle walls, ridden to the top of the London Eye and seen the Eiffel Tower from down below.

And though they may not realize it, they’ve learned a ton about European history too, about medieval warfare, the Titanic disaster, the Irish famine, and the Moorish invasion of Spain. They’ve even learned a bit about European hygiene. (“Tell me again, Momma, about how the bod..., the bahdet.. the buttwasher works, please?”) 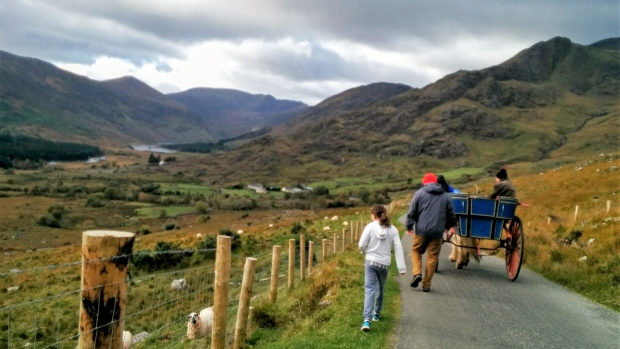 But in between all that wonder, there have been some pretty trying parenting moments and plenty of frustration. When you’re at the point of thinking the primary goal of your trip is no longer enjoyment but endurance, that’s a pretty good sign it’s time to pack it in.

I’m well aware there are lots of families who travel the world for much longer, because I met and spoke with many before we left. They talked about how travel helped mature their children, teaching them independence, and to see that there are other ways of life that are so much different from their own.

And I know there are some families who go through even bigger changes and make being global nomads a permanent way of life. I tip my hat to these families; they’re braver than we are. Maybe it’s different when you’ve committed to a full year of handling travel logistics, cranky kids, fussy eaters and homeschooling stress. Maybe they’re just better travellers than we are. Maybe they’re better parents. 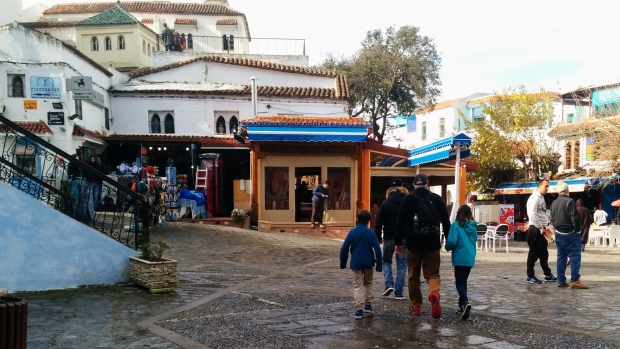 Or maybe our kids might not be cut out for this. Our boy has always just gone along with whatever we have planned -- mostly because he often has no idea what’s going on at all. He usually has his nose in a book and I’m not even sure how much of this trip he’s absorbed at all, since most days he can’t even keep track of which country he’s in.

But our daughter is a quieter girl who has never really liked change. From the start, she told us she wasn’t eager to go. We knew that when we left. But isn’t our job as parents to encourage our kids to try new things, to push themselves beyond what they think they are capable of, to broaden their worlds? If we only ever keep things comfortable for them, how can they grow?

We hoped that once the kids saw a few of the great cities of Europe and landscapes they’d never seen before, they’d begin to see why we were so excited to show them this stuff.

But even after all the fun moments we’ve had, my daughter would still tell you she’d rather be home. She recently admitted she has decided she doesn’t like to travel. (Except airplane liftoffs. Those will always be fun, she says.) It kind of breaks my heart to hear that, that my daughter doesn’t love travel the way I do, especially since I’ve always sought out adventure and learning anything new. 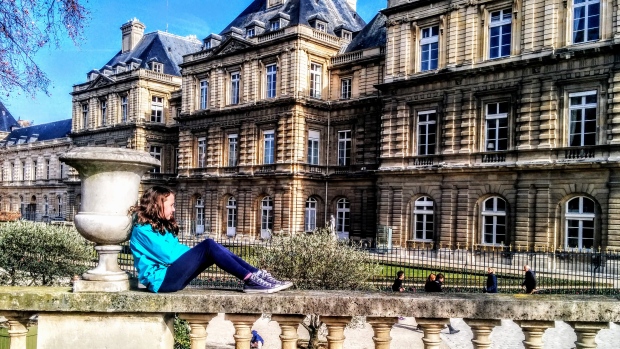 But one of the hardest lessons one has to accept as a parent is that your kids aren’t you. They aren’t always going to love the same things you love, no matter how badly you want them to. My daughter is naturally a bit of a homebody, and this trip hasn’t changed that about her, even if I hoped it might.

So for the sake of family harmony, we’re heading home. It’s been a terrific journey and one we’re proud to say we got through without any disasters, injuries, or arrests. We’ve lost some socks and some hair along the way but we’re coming back with a ton of great photos and memories, two kids and each other, which is all we really need. 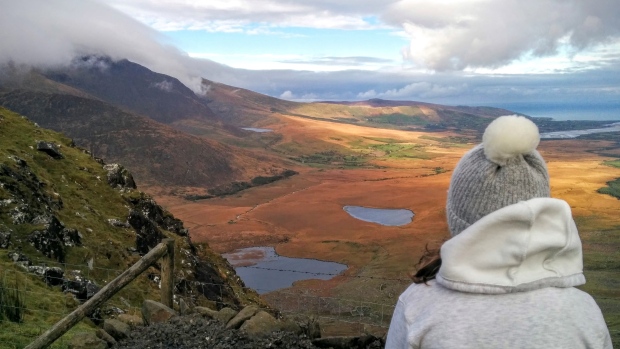