TORONTO -- Chinese health authorities are warning that a new viral illness infecting hundreds of people and causing at least nine deaths could spread further. Here's what else you need to know to start your day.

1. Coronavirus concerns: With confirmed cases of a new coronavirus exceeding 400 in China, one medical expert suggests it's not yet time for Canadians to panic -- despite a case being confirmed in the U.S.

3. Flight PS752: The first remains of a Canadian victim killed when the Ukrainian airliner was shot down in Iran have been returned home, but Ottawa says the issue of dual citizenship is complicating their efforts to repatriate others.

4. Canadian Armed Forces: A former Canadian combat engineer who fled the country last summer after he was accused of being a neo-Nazi allegedly videotaped himself advocating for derailing trains and poisoning water supplies.

5. Fighting cancer: New research has uncovered a T-cell receptor that can distinguish between cancerous and healthy cells, potentially leading to a universal cancer treatment.

Doughnut debate: A Winnipeg-based doughnut shop is defending the decision to buy local after Prime Minister Justin Trudeau was criticized on social media for purchasing sweet treats from the business. 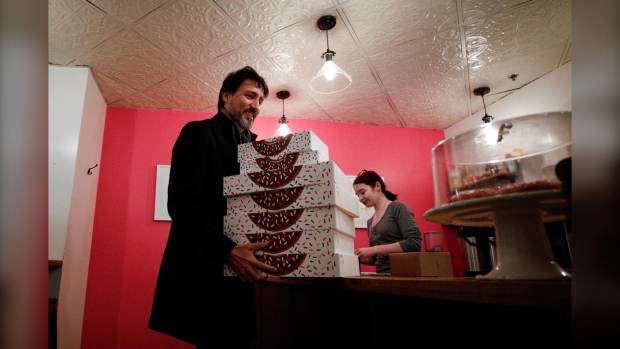