TORONTO -- Indigenous leaders are calling for the government to engage with protesters and the Wet'suwet'en peoples in the hopes of finding a mutually beneficial solution to the ongoing rail blockades. Here's what else you need to know to start your day.

2. Wet'suwet'en talks: Independent MP Jody Wilson-Raybould said she would be willing to act as a mediator for the government in its efforts to address the ongoing demonstrations that have shut down much of the country's rail system.

4. Animal attack: An Ontario realtor is recovering after she says she suffered a vicious dog attack during a house showing in Barrie.

5. Shanidar Cave: New sets of Neanderthal remains found in a historical archeological site in Iraqi Kurdistan could unlock secrets of ancient burial rites, according to a new study.

Brain surgery performance: In just-released video footage, a violinist for the Isle of Wight Symphony Orchestra played her instrument while surgeons removed a tumour from her brain during surgery in January to ensure surgeons did not damage her motor skills. 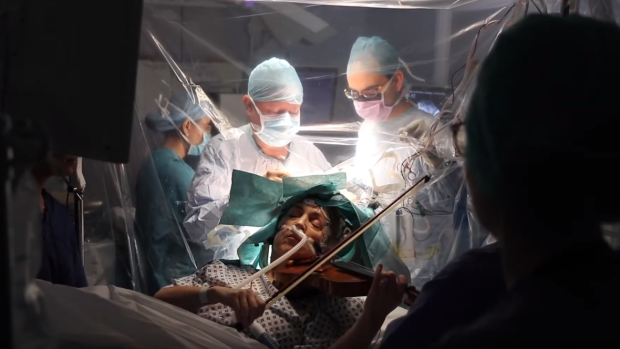