1. Emergency debate: During an emergency debate in the House of Commons, opposition parties accused the Liberal government of inaction in the dispute between Indigenous and commercial lobster fishers in Nova Scotia.

3. Counterfeit sanitizers: Health Canada has announced a recall after discovering a company selling a counterfeit version of one of the hand sanitizers on its approved list.

4. Skin contact: In a study highlighting the need for frequent hand-washing, Japanese researchers have found that SARS-CoV-2, the virus that causes COVID-19, can last on skin for up to nine hours.

5. Baby bottles: A new study has found that baby bottles made of polypropylene release millions of microplastic particles during the process of preparing baby formula in a bottle.

Taking turns: U.S. President Donald Trump and Democratic challenger Joe Biden will have their microphones muted during portions of the final presidential debate on Thursday night. 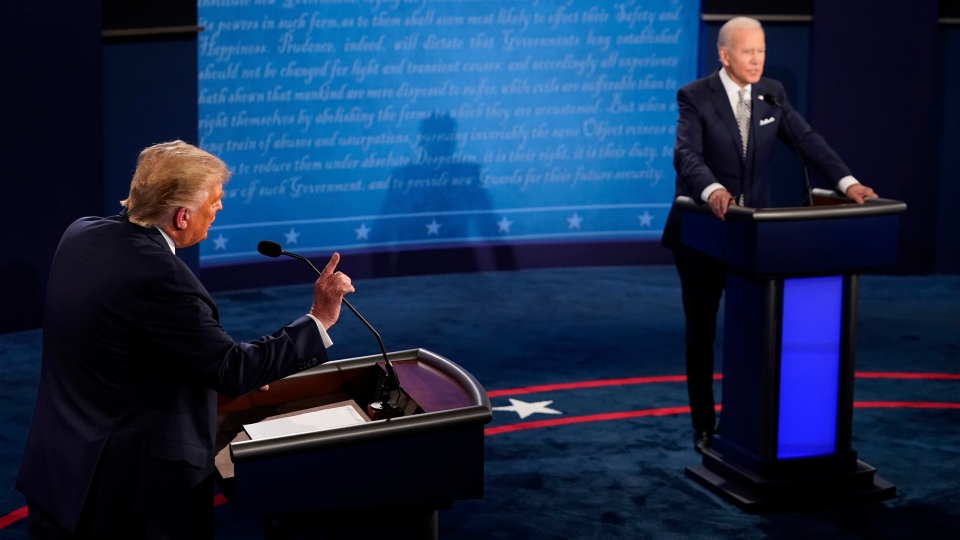