TORONTO -- A police operation that saw officers break-up a rail blockade and arrest several protesters in central Ontario has paved the way for train service to resume, but the use of force has angered Indigenous leaders and advocacy groups. Here's what else you need to know to start your day.

1. Wet'suwet'en protests: Prime Minister Justin Trudeau is still calling for a "peaceful resolution" as the Ontario Provincial Police have made arrests at a Mohawk blockade in Tyendinaga, Ont.

2. Indigenous land rights: A historian who studies colonial violence says the latest use of police force to arrest Mohawk protesters at a railway near Belleville, Ont. is a sign that Canada may be repeating the mistakes of its past.

3. COVID-19 cases: The World Health Organization warns the new coronavirus that has been concentrated in North Asia could still grow into a pandemic as cases rise in the Middle East and Europe.

4. Teck Frontier project: As the dust settles from Teck Resources' announcement that it is cancelling an oilsands mine project in Alberta, Prime Minister Justin Trudeau and Conservative Leadership Andrew Scheer are at odds over where to lay blame.

5. Assisted dying law: The federal Liberals are proposing to update Canada's assisted dying regime to allow those eligible to pursue a medically-assisted death whether or not their death is reasonably foreseeable.

Hot air balloon record: A British couple could become the first woman and blind man to fly a hot air balloon across the Atlantic this summer. 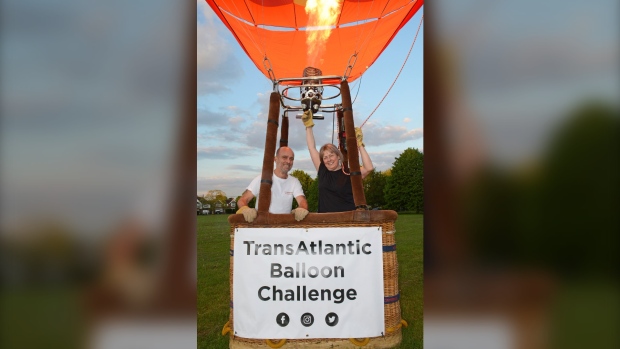