A Toronto man whose entire family was killed when a Boeing 737 Max 8 jet crashed in Ethiopia earlier this year is demanding more oversight in the aviation industry. Here's what else you need to know to start your day.

1. Racist comments: The crowd at a rally held by U.S. President Donald Trump broke into chants of "send her back" as Trump railed against Democratic Rep. Ilhan Omar, days after posting racist tweets about her and three other congresswomen.

2. Campaign ad: A Conservative attack ad targeting the Liberals' foreign policy record and featuring the names and faces of two Canadians detained in China has been pulled following complaints from one of the men's families.

3. Ebola outbreak: The World Health Organization has announced that the deadly Ebola outbreak in Congo is now an international health emergency after a case was confirmed in a city of 2 million people.

4. Assault suspect: Ontario police hope a newly released sketch of an unidentified man accused of sexually assaulting three girls under the age of seven in apartment building stairwells will lead investigators to the suspect.

5. Bike sharing: Montreal cyclists are being accused of thwarting the rules of the road with Uber's new bike-sharing service by not locking the bicycles at proper bike racks and not wearing helmets.

Online privacy: FaceApp has gone viral, as people use it to edit pictures of themselves to appear older, but privacy experts worry the photo-editing app requires users to give up too much personal information. 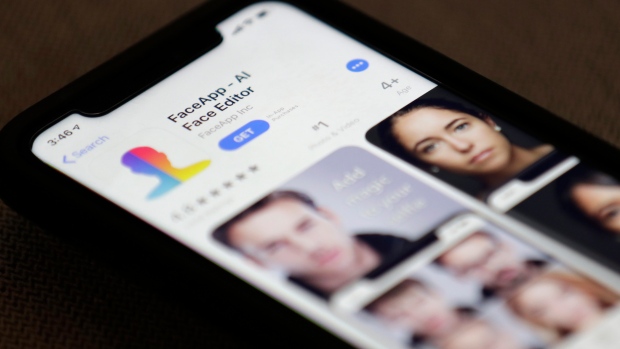