Police in Toronto are searching for the driver of a motorcycle that struck a little boy, Canadian researchers say they may have found the key to slowing memory loss, and U.S. President Donald Trump takes in sumo wrestling in Japan. Plus, a Canadian cat has 1.4 million followers. Here's what else you need to know to start your day:

1. Hit-and-run: Toronto police are looking for the driver of a motorcycle and his female passenger after a four-year-old boy was struck and sent to hospital in critical condition.

3. Moving out: As home prices rise in the suburbs around Toronto and Vancouver, more people are moving to far-flung municipalities called exurbs, like Guelph, Ont., and Hope Valley, B.C.

4. Memory boost: A drink derived from coconut oil that boosts keytones in the brain could one day be used to fight the memory loss associated with Alzheimer’s disease and dementia.

5. Trump in Asia: U.S. President Donald Trump is on a four-day visit to Japan. He’s taken in Sumo wrestling and on Monday became the first foreign leader to meet Emperor Naruhito.

For Money Monday this week, experts explain a donor-advised fund might be best for Canadians who want to build a lasting legacy with the money they give to charities every year.

And one more thing...

Suki the Adventure Cat: An Alberta feline is creating plenty of wanderlust as she travels the world posing for photos to share with her 1.4 million Instagram followers. 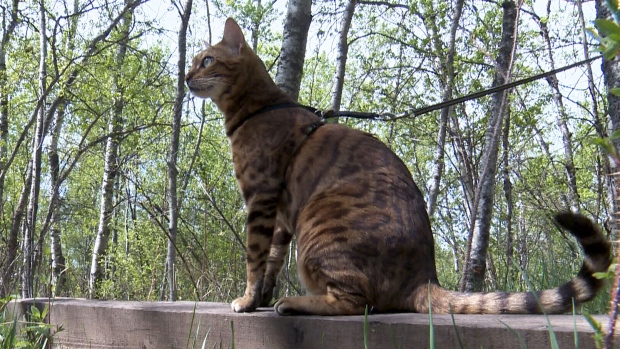