Air Canada says it is looking into how crew members disembarked from a plane without noticing a sleeping passenger who was left behind. Here's what else you need to know to start your day.

1. U.S.-Iran tensions: The Trump administration is set to impose new sanctions on Iran today, following a week of tensions that saw the United States pull back from the brink of a military strike.

2. Climate change: Conservative Leader Andrew Scheer acknowledges that his proposal to cap emissions from big polluters would include his government setting a cost per tonne of excess emissions, but he won't call it a tax.

3. Stranded passenger: An Air Canada passenger says she was forced to find her own way out of an empty aircraft at Toronto's Pearson Airport after flight crews left her asleep in her seat.

4. Lyme disease: Ontario is now a step closer to improving how Lyme disease is diagnosed, treated and researched as Canadians debilitated by the disease continue to push for more prevention.

5. Guitar solo: Toronto Raptors coach Nick Nurse has been all the talk on social media, not because of his championship win, but because he was spotted playing on stage with Canadian band Arkells.

Mountain garbage: The record number of climbers crowding Mount Everest this season has left cleanup crews struggling to clear away everything from abandoned tents to human waste that threatens drinking water. 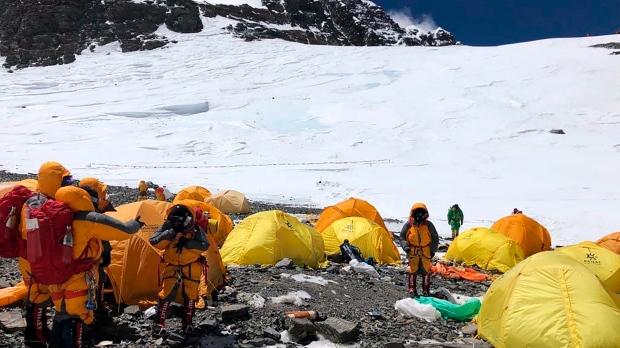