TORONTO -- NBA legend Kobe Bryant, his daughter and seven others were killed in a helicopter crash in Southern California on Sunday. Here's what else you need to know to start your day.

1. Coronavirus confirmed: While stressing that the risk of the new coronavirus being spread from one person to another in Canada remains low, federal health officials say Canadians should not be surprised to hear of more cases within the country.

3. Holocaust Remembrance Day: As holocaust survivors gather to commemorate the 75th anniversary of the liberation of Auschwitz, political scientists warn that far-right movements could threaten the memory of concentration camp victims.

4. Wuhan lockdown: A B.C. woman, who says her daughter is stranded in the Chinese city at the centre of the coronavirus outbreak, is asking the federal government to join other countries in evacuating their citizens from the quarantined region.

5. Species at risk: As the death toll soars among Australian animals impacted by the nation's sweeping bushfires, those who care for koalas and other threatened wildlife are kicking their rescue efforts into overdrive.

Skeletor riding shotgun: An Arizona driver was nabbed while using the carpool lane with a "passenger" that was really a skeleton wearing a bucket hat. 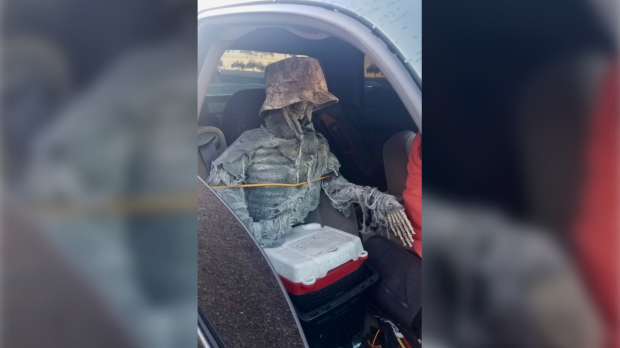