TORONTO -- Protesters have maintained a rail blockade near Bellville, Ont. that has paralyzed passenger and freight traffic across the country despite a police order to end their demonstration. Here's what else you need to know to start your day.

1. Rail blockade: Supporters of the Wet'suwet'en hereditary chiefs remain at a rail blockade in Tyendinaga, Ont. after the midnight deadline to leave the railway and avoid possible police charges expired.

2. Teck Frontier project: Teck Resources has announced that it is withdrawing the regulatory application for a major Alberta oilsands mine project up for approval by the federal government this week, citing the political discourse over climate change.

3. Virus cases: Ontario health officials say there is a new presumptive case of COVID-19 in Toronto as global authorities warn of a possible pandemic with outbreaks expanding in South Korea, Italy and Iran.

4. Tory leadership race: Conservative leadership hopeful Peter MacKay says a government under his rule would scrap the carbon tax yet would still "try" to meet the Paris climate targets.

5. Path to the NHL: Zamboni driver David Ayres said "it was wild" to be called in as the backup goalie for the Hurricanes and help Carolina to victory over the Toronto Maple Leafs --the team he works for.

Money Monday: If you purchased a home using the Home Buyer Incentive or were prescribed cannabis for medical use then you may be affected by changes to Canada's tax code. CTVNews.ca explains what you need to know before you file. 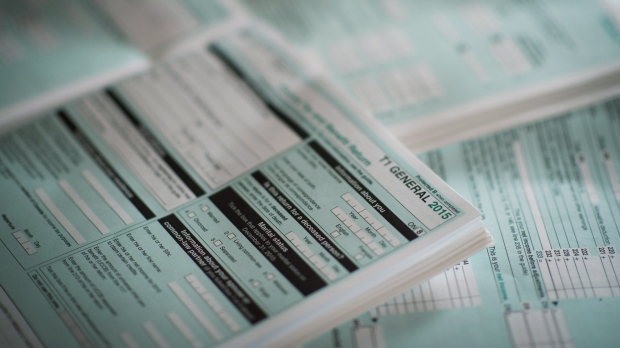