TORONTO -- Advocates are pushing for the federal government to expand the criteria for medically assisted deaths beyond just the terminally ill. Here's what else you need to know to start your day.

1. Assisted suicide: An Ontario woman is sharing her story of living with an incurable disease to help explain why she and others want the federal government to make medically assisted death easier to access.

3. Coffee stock: According to international market experts, a global coffee deficit could be in the future as consumption outpaces production.

4. Brain research: A crew of scientists on a long-term expedition to Antarctica saw a portion of their brains shrink, a side effect potentially related to them being in an isolated monotonous environment.

5. Grinch parody: RCMP officers in B.C. are going viral with a Christmas-themed, crime prevention Facebook video featuring one of them dressed up as Dr. Seuss' classic Grinch character.

Generous tippers: A Toronto busker got the biggest payday of his life when a group of people he believed were commuters suddenly tipped him hundreds of dollars as he serenaded them at a subway station. 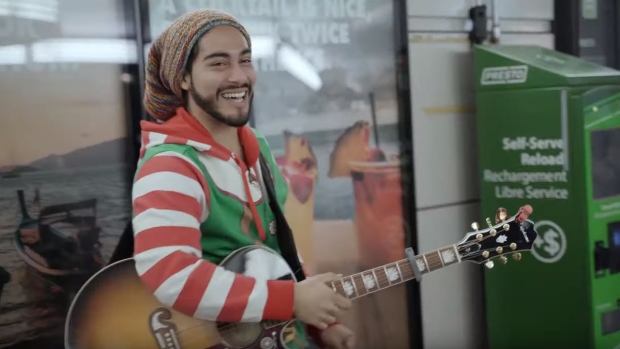