A dual citizen who joined ISIS as a teenager has had his British citizenship revoked, leaving him only with Canadian citizenship. Here's what else you need to know to start your day.

1. Jihadi Jack: The federal government says it is "disappointed" the United Kingdom has revoked the passport of dual citizen Jack Letts -- a move that may make the alleged ISIS fighter the sole responsibility of Canada.

2. Passenger rights: A federal watchdog is launching a first-of-its-kind inquiry in response to the new passenger protection laws after an Edmonton couple's honeymoon was delayed due to a flight mix-up.

3. Capital Pride: On the eve of Ottawa's Pride celebrations, an anti-LGBTQ protester disrupted a drag queen story time event for children with claims that all of the attendants would be "cast into a lake of fire."

4. Gondola sabotage: Dozens of events, including several weddings that were planned with the use of B.C.'s Sea to Sky Gondola, have had to relocate after police say the attraction's cable was deliberately cut.

5. Glacier funeral: Iceland has marked its first-ever loss of a glacier to climate change while scientists warn that hundreds of other ice sheets on the subarctic island risk the same fate.

Shark sanctuary: Basking sharks spend their summers swimming around Scotland, but in the fall, they vanish -- and scientists are trying to find out why in the hopes of creating a conservation area for the gentle giants. 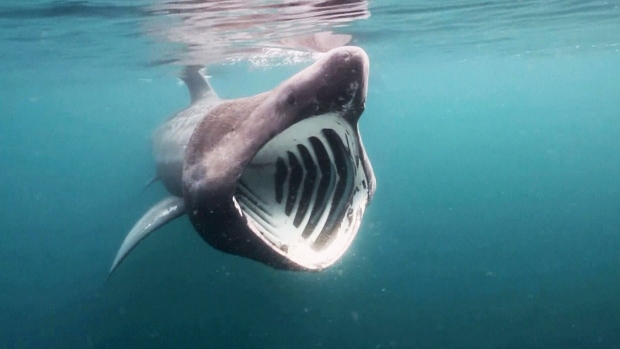