International aid is arriving in the Bahamas as residents prepare for a direct hit from Hurricane Dorian on North Carolina's coast. Here's what else you need to know to start your day.

1. Hurricane Dorian: Bahamians who lost their homes to Hurricane Dorian are waiting to catch planes out of the disaster zone as an international humanitarian effort to help the Caribbean country gains momentum.

2. U.S. Open: Canadian tennis player Bianca Andreescu has advanced to the U.S. Open finals after defeating Switzerland's Belinda Bencic. She will now face Serena Williams in the final on Saturday.

3. N.B. defections: One of the New Brunswick New Democrats named in a letter listing 14 NDP candidates jumping ship to the Green Party said he was misinformed and didn't know his name would be included.

4. B.C. murders: The father of one of the B.C. murder suspects who were found dead in northern Manitoba has now seen the video his son recorded before taking his own life, allegedly detailing what Bryer Schmegelsky wanted to be done with his body after he died.

5. Vaping warning: Two deaths and hundreds of cases of lung disorders in the U.S. believed to be linked to vaping have sparked a second warning from Health Canada on the potential danger of e-cigarettes.

Pro-oil shirt banned: A Calgary man says he was told by security to remove his "I love Canadian oil and gas" T-shirt during a tour of Parliament Hill. 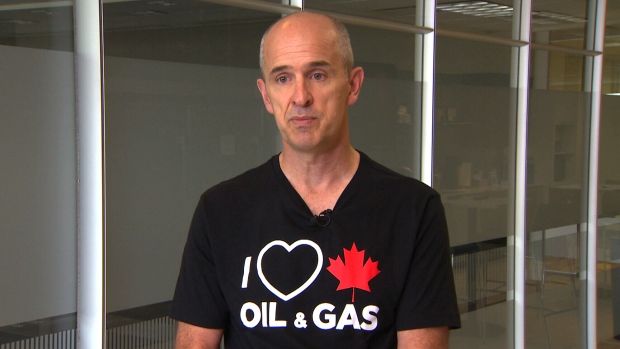