TORONTO -- New evidence suggesting that Ukrainian International Airlines Flight PS752 was shot down by Iran, killing everyone on board including 63 Canadians, is bringing a different level of grief to families of the victims. Here's what else you need to know to start your day.

1. Flight PS752: Prime Minister Justin Trudeau says Canada has intelligence that indicates the plane that crashed in Iran, killing all 176 people aboard, was shot down by an Iranian missile -- possibly by accident.

2. Plane crash victims: An aviation attorney says families across the country mourning the loss of loved ones after 63 Canadians were killed in the plane crash in Iran may never have the chance to seek justice in their deaths.

3. Royal riff: The Royal Family is scrambling to contain the fallout from the surprise announcement that Prince Harry and Meghan plan "to step back" from their royal duties. CTVNews.ca breaks down what may be next for the Duke and Duchess of Sussex.

4. Asylum seekers: A Toronto woman, in her last stage of pregnancy and suffering from cardiac issues, is scheduled to be deported to Bangladesh today, despite doctors warning it is unsafe for her to travel.

Unsold goods: A Toronto woman is calling for Carter's OshKosh B'gosh to reconsider its clothing disposal practices after she discovered bags of destroyed baby and children's apparel outside a mall. 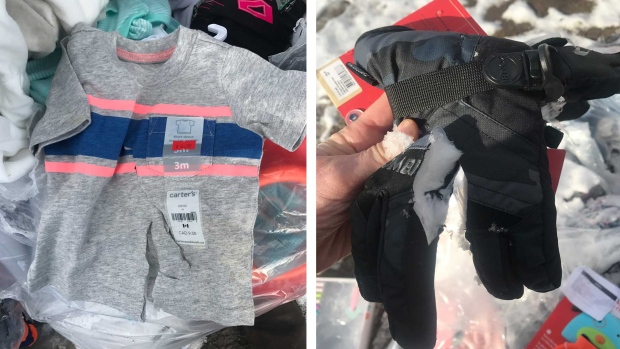