TORONTO -- The coronavirus is now a clear and present danger to the global economy after Canada's main stock index plunged for a fifth straight day and Wall Street endured its worst one-day point drop in the index's history. Here's what else you need to know to start your day.

1. Coronavirus crash: North American markets are on track for one of their worst weeks since the 2008 recession amid the coronavirus outbreak, but economists say previous health crises have been followed by rapid market recoveries.

3. Tory leadership: CTVNews.ca breaks down the candidates that are expected to make it through the first hurdle of the Conservative leadership race in the four-month campaign to replace Andrew Scheer.

4. Greta sticker: An Alberta energy company has come under fire after its logo was displayed on a decal allegedly depicting a sex act with a female figure who appears to be teenage climate activist Greta Thunberg.

5. Royal cost: Officials have confirmed that the Canadian government has been footing the bill for Prince Harry and Meghan's security costs over the past 3 months, but say that will stop when their royal status changes.

Soothing tones: Canadian singer Michael Buble recently visited a zoo in Australia to sing for a group of gorillas that exhibited calm behaviour after staff played the apes his Christmas album. 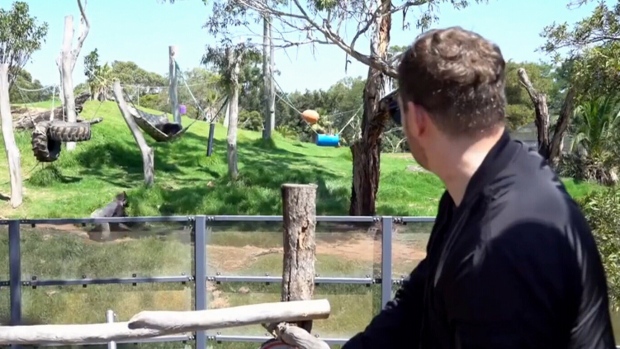