TORONTO -- National unity and common ground were central themes in the Liberal minority government's throne speech to kick off the new session of Parliament. Here's what else you need to know to start your day.

1. NATO riff: U.S. President Donald Trump has once again hinted at a possible trade spat with Canada and other NATO countries that he believes aren't "putting up their money" on defence spending.

2. Throne speech: The Liberal government is promising to collaborate with other parties in Trudeau's second term, to deliver on the key promises they made to Canadians during the campaign.

3. Poppy fraud: The Royal Canadian Legion says it is having trouble shutting down unauthorized retailers using its trademarked poppy symbol to sell merchandise on sites such as Facebook, Amazon, and Shopify.

4. Drug bust: RCMP say they have made one of the largest meth seizures Manitoba has ever seen after a series of organized crime raids led to the arrests of nine people, including a full-patch Hells Angel member.

5. Peloton ad: A Canadian actor says he was excited to land a role in a holiday commercial for a Peloton exercise bike -- until online critics who accused the ad of being sexist directed their criticism towards him.

'A lesson to be learned': A Winnipeg woman is sharing her memories of the Holocaust with new generations by displaying her diary of that time at the Jewish Heritage Centre of Western Canada. 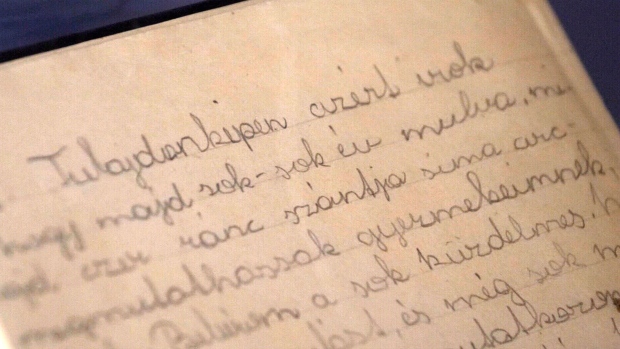