5 bad driving habits that are wearing out your car 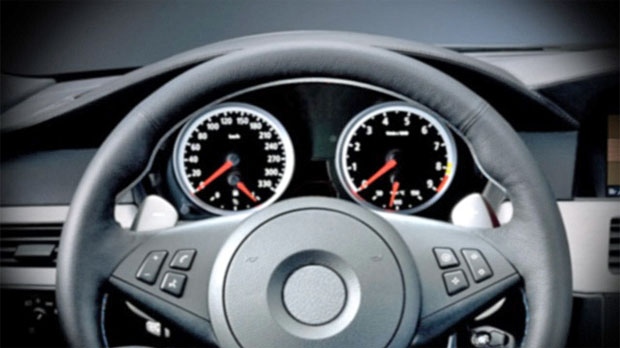 Next to your house, your car or truck is probably one of the most expensive things you own. It’s also likely one you depend on every day and one you need to last as long as possible.

Regular maintenance including oil and air filter changes are important, but the way we drive has an even bigger impact on how long vehicles will last.

David Weatherhead, a licensed automotive technician and professor at Centennial College in Toronto, offers this list of bad driving and maintenance habits that can lead to premature vehicle wear and costly repair bills.

Letting the gas get too low

Repeatedly running down your gas until the fuel light comes on is not a good idea, Weatherhead says, because it can lead to overheating of the fuel pump. Because the fuel pump is located in the fuel tank, when the gas tank is full, the fuel itself cools the pump, he says.

“But if the gas tank is running on empty quite frequently, the fuel pump will run hot, especially in the summer, and it will wear faster,” he says. “It’s not a danger to the car, but it will just wear out faster.”

Taking off like a shot when the light turns green not only uses a lot more gas than accelerating gradually, it’s also hard on the engine, particularly if you’re just starting on your trip.

“A jackrabbit start on a cold engine will promote wear, especially in cold temperatures when the oil hasn’t reached all areas of the engine,” says Weatherhead.

The other problem with jackrabbit starts, he says, is they put added stress on tires, whether they’re warmed up or not.

“It’s not going to damage the car, but it will mean you will have to replace your tires more often and earlier than you should have.”

Leaving your car idling is never smart. Not only does it waste gas and spew contaminants into the air, if you have to sit for more than 60 seconds, you’ll actualy use less gas turning your car off and restarting it again, according to Natural Resources Canada.

“Warming up” your car for several minutes in the driveway doesn’t help the engine anyway. That’s why, even in the dead of winter, Weatherhead says he never warms up his car for more than a minute or two (after thoroughly cleaning off all the windows first, of course).

What does get the engine warm is to actually get the vehicle moving. A slow, easy start to the drive is the best way to get oil moving through the engine components, and to get your heating system blowing warm air inside the vehicle.

Not warming up a turbo

More and more cars have engines with turbochargers, says Weatherhead. But what many drivers don’t realize is that these engines shouldn’t be driven hard from the get-go.

“Many drivers just put the hammer down and off they go. That does damage to the turbo because it spins quite fast,” he says.

Again, the best way to treat a turbo is to start off slow, to give the oil time to warm up. Because turbos are driven off exhaust, they can get very hot. That means they need to have a chance to cool down too, he says.

“You can’t race into your driveway and shut the car off, because the turbo will stay hot,” he says.

That means the last few minutes of your drive should be slow.

Following too closely and braking

In stop-and-go traffic, many drivers have a tendency to follow close to the car in front of us to avoid having someone cut in in front of us. But all that accelerating and sudden stopping is a nightmare on our brakes, says Weatherhead.

“Braking creates heat, and can eventually cause warpage in the brake rotor, which will lead to pulsation. That pulsation is hard on the steering components and bearings because they’re constantly vibrating.”

So while wearing out your brakes is going to mean replacing brake components more often, it could also add up to more repairs in general to your suspension and steering systems. The solution, of course, is to back off the accelerator and the brake pedal.

“If you’re an aggressive driver who brakes late, you’re only going to end up with premature front end wear.”